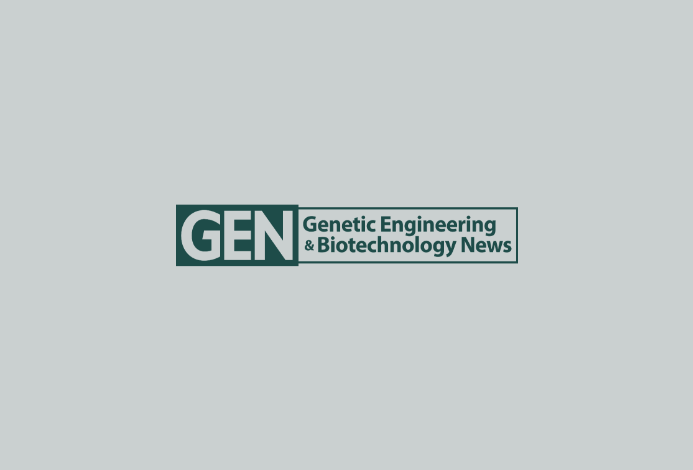 Immunai has taken some important steps toward its quest to map the entire immune system by completing its second acquisition this year and bolstering its management and board with new executive and entrepreneurial expertise.

Founded in 2008, Nebion has created what it says is the world’s largest compendium of deeply curated transcriptomic data from public and private sources. Most of Nebion’s data come from humans and mice, though some collections include data from other model organisms such as the rat, monkey, dog, pig and fruit fly.

Immunai reasons that adding Nebion’s data will help it improve its machine learning (ML) models by enabling the platform to find drug targets from aggregated public data sets and providing validation data for targets found through other methods.

“Our goal, ultimately, is to develop better therapies by unlocking the mysteries of the immune system. That requires us to have the best single cell data, and then the best ML in order to unlock those secrets,” Immunai Chief Business Officer Mark Jacobstein told GEN Edge. “The combination of the team and the technology that Nebion has built over the years was very appealing.”

“It basically allows us to have an ingestion engine for public data that is going to supplement AMICA,” Jacobstein said.

AMICA is a downloadable database of annotated multi-omic immune cells that includes information about gene expression, proteins, T-cell and B-cell receptors for immune cells, clinical and/or lab data, and a downloadable artificial intelligence software platform designed for characterizing and analyzing immune cells, as well as analyzing the immune system.

According to Immunai, AMICA is the world’s largest proprietary multi-omic immune cell atlas, with tens of millions of immune cells across thousands of patient samples from various disease areas.

“Sometimes, the most important data is going to come from a relatively small number of samples from patients who have a very particular disease or maybe who have been treated in a very particular way. Sometimes it’s going to come from the breadth that you find in publicly available data,” Jacobstein said. “We think the transfer learning capabilities of our back end only get stronger with more data, so this is the way that we have the breadth while our own lab is providing us with depth.”

Research/therapeutic areas span more than 500 diseases. “The focus in recent years went to increasing depth of coverage in selected areas, rather than diversity of the conditions, which was already extensive,” Jacobstein said.

“Their focus was as broad as the requests from their customers. We do have a more specific focus on the immune compartment, although pan-disease, and certainly have a focus both on autoimmunity and oncology that we are looking at today because they’re sort of two sides of the same coin,” he added. “My guess is that going forward, more and more of the work that the team will be doing will be focused on cancer and autoimmunity.”

Nebion’s biomedical data covers nine species—human, mouse, rat, and smaller species that include  rhesus monkey, nematode, fruit fly, pig, and horse—supported by 63 platforms, including both bulk tissue and single-cell platforms. The data were compiled from more than 5,000 studies, most on bulk tissue platforms but 119 single cell.

Bulk tissue data available from Nebion comes from almost 3,000 human studies, 1,400 mouse; 300 rat; and some 300 studies involving other species. The company also has data from 119 single-cell studies (including 77 human) consisting of more than 4 million cells in 17 body organ systems.

Nebion also offers what it says is the largest compendium of curated public transcriptomic data (RNA-Seq and microarray) consisting of datasets from 13 species of crops and model plants—including wheat, maize and tomato. Data from 1,719 studies is available through 26 supported platforms.

Nebion’s discovery tools include GENEVESTIGATOR® software, which combines deeply curated transcriptomic data (including public single-cell RNA-Seq data), an advanced data mining engine for, and visualizations meant to be user-friendly. The software is designed for use in biomarker and target discovery, diagnostics and in silico modeling, by both biologists without bioinformatics experience, as well as advanced bioinformaticians and statisticians.

“GENEVESTIGATOR is a terrific tool. We are going to keep the platform and incorporate it into our own, but we will also be leveraging all the tools they built for it for data ingestion and clean-up,” Jacobstein said.

Services offered by Nebion include scouting of gene expression datasets, curation with “controlled” vocabularies enabling interoperability between the datasets and annotation of experiment and sample descriptions

Founded in December 2018, Immunai focuses on mapping the entire immune system given the increased recognition of immune cells as key players in most illnesses. The company has applied multi-omic, single-cell technologies and ML to better understand how the immune system operates, then shares those insights with biopharma companies, academic medical centers, and key opinion leaders in immunology.

Immunai has raised more than $90 million towards developing its platform and funding operations—most recently completing a $60 million Series A round in February. Proceeds from that funding were intended to expand Immunai’s genomics capabilities from the observational to the functional, including reprogramming immune cells as well as prioritizing and validating targets.

A month later, Immunai boosted its functional genomics focus by acquiring Dropprint Genomics, a Y Combinator-backed San Francisco startup that developed computational infrastructure to conduct single-cell sequencing at scale, as well as proprietary methods for cost-effective processing of hundreds of patient samples, and a large database of immune cells from autoimmune and cancer cohorts.

Through that deal, the buyer brought into its fold Dropprint’s team specializing in genomics and bioinformatics from the University of California, San Francisco–including co-founders Meena Subramaniam, PhD, and Rachel Gate, PhD, who joined Immunai’s ML and Computational Biology team.

Immunai emerged from stealth mode in May 2020, when it disclosed that it received $20 million in seed funding led by Viola Ventures and TLV Partners.

Ansuman Satpathy, MD, PhD, a scientific co-founder of Immunai and an Assistant Professor in the Department of Pathology at Stanford University School of Medicine

Jacobstein said Nebion first came to Immunai’s attention through one of its scientific co-founders—Ansuman Satpathy, MD, PhD, an Assistant Professor in the Department of Pathology at Stanford University School of Medicine whose research focuses on developing new genome sequencing technologies to study immune system function and dysfunction directly in cancer patients, using both single-cell and three-dimensional genome sequencing tools.

“Ansuman had worked with them in his capacity as a professor at Stanford and knew of their work and thought they had done terrific work for him and for other folks in the field. He knew they had a strong reputation in the biocuration world,” Jacobstein recalled.

Langer and “the best science”

Jacobstein is among several recent appointments announced by Immunai on Wednesday. The most prominent of those appointments was that of Robert Langer, PhD, to the company’s board. Langer, a veteran MIT professor, is a co-founder of more than 40 public companies including Moderna, whose mRNA-based therapeutics include the emergency-authorized COVID-19 vaccine mRNA-1273. Langer has authored more than 1,000 patents and has more citations than any engineer in history.

Also on Wednesday, Immunai named as its Chief Science Officer Jacques Banchereau, PhD, Professor and Director, Immunological Sciences at The Jackson Laboratory, whose lab is working to characterize the human immune system in both healthy and disease states using genomic tools.

Banchereau, who is also professor of clinical immunology at Université Paris 13, previously served as Senior Vice President and Head of Inflammation & Virology and Chief Science Officer at Roche. Earlier he was director of the Baylor Institute for Immunology Research, and as the Caruth Chair for Transplantation Immunology at the Baylor Research Institute.

“The addition of DOGMA-seq now means that some single-cell data sets are going to include epigenetic information, along with transcriptomic and proteomic. And we expect this to continue to expand. As a result, the tools have to get better and we will continue to build them,” Jacobstein declared.

Smibert and Mimitou are “two of the leading functional genomics or single-cell methods people in the entire world,” Jacobstein said. “We believe in order to develop the best therapies, we need to have the best science.”

The Nebion acquisition also brings Immunai its first European locations by adding to its workforce Nebion’s nearly 30 employees—about half of whom are based in its headquarters in Zurich, the rest in Prague. Immunai has grown to more than 115 staff, most based at its headquarters in New York or offices in Tel Aviv. (The company also has offices in San Francisco.)

“One of the things we’re excited about is not only does Nebion have a good team, but it gives us more hubs where we can recruit,” Jacobstein added.

Another sign of Immunai’s recent growth: The company plans to relocate its New York City headquarters from the BioLabs@NYULangone facility (180 Varick Street) to its own 12,288 square-foot space within the two-building, 728,000-square-foot Alexandria Center for Life Science (430 East 29th Street), owned by publicly-traded Alexandria Real Estate Equities. The lease deal was announced earlier this month by commercial real estate firm CBRE.